The Payers & Plans page contains a list of all existing payers and their associated plans.

How to Get Here? 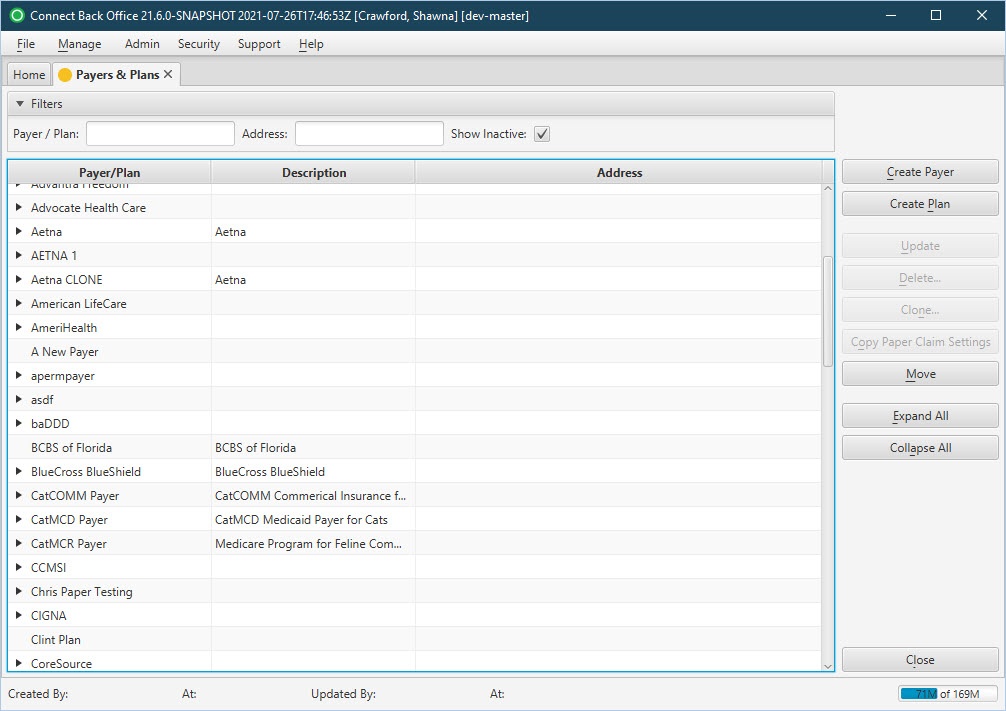